A while back a friend of my husbands mom had seen a couple of my scarves in a local shop and wanted me to crochet her four scarves of different colors. I could choose the patterns and we had agreed upon a set price. I was very thrilled about this project because I could earn some money so that I could buy more yarn to add to my stash along with maybe buying a few skeins of yarn that is not of the usual kind. 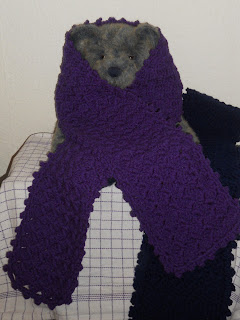 This first scarf I used a crochet stitch called the crazy stitch. The stitch is very easy and once a couple of rows are done, there isn't much counting required and easily done while multitasking like watching TV or listening to music at the same time. I used a picot stitch for the outside border.


Begin with a chain, in multiples of three, plus one extra. So I chained 16 + 1.
Chain 17, 3 double crochet in fourth chain from hook. 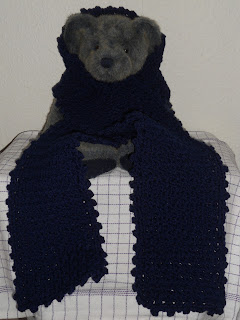 I used a simple stitch style for the second scarf. I rotated between a double crochet and single crochet. It makes for a nice pattern with the scarf. I used the picot stitch for the scarf border. 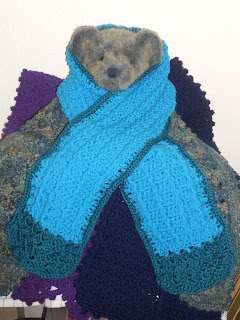 I used a cable stitch for the third scarf. This has been the first time I have attempted such a stitch and I have to say it was a bit challenging to begin with but once I understood how it works after a few rows than it was just a matter of my making sure I had the correct amount of stitches on each row so that when it came to the cable part it could be created. It took me a little bit longer to do this scarf but the results came out rather good. 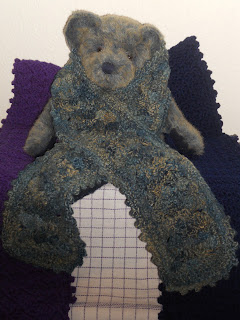 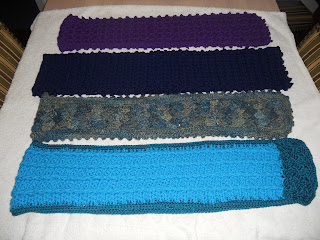 The forth scarf is a combination of the crazy stitch, reverse single crochet and picot stitch.

Down below are some photo's of more scarf's I have done in the past six months. I will add information about them at a later time. 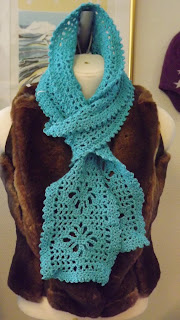 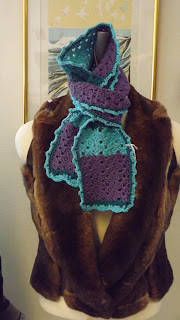 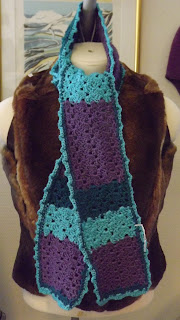 I will add more about this venture at a later date.  I hope you like the scarves. I am on a mission to make different ones in order to show how they vary and maybe I can figure out which ones would be a big hit for selling so that I can pay my way through my hobby.  Ya know how it is, wanting more yarn to be more creative then I am.
Posted by kimiikins at 8:26 PM

Hey I love the last scarf! I like how you chose a brighter color to outline the scarf along the edges. I enjoyed looking at your blog, if you want to visit my knitting and crafting blog you are more than welcome! www.needlesandwool.blogspot.com

I am so sorry that I am just now answering your post on my blog about the scarves. I have not been able to get online much over the past few months so I did not realize somebody had posted on my blog. I'm getting ready to post stuff while I have a chance to soon too. I still have not sold one scarf though. Makes me wonder if they are not all that great to look at afterall. Thank you for your compliments Lisa. They are very much appreciated.

Those scarves are beautiful! I really like the turquoise one. Thanks for joining Hookin On Hump Day and hope to continue seeing you around! :)

Sara: I like the turquoise one too. I thought sure somebody would want to buy it but not a darn questions about it or anything. Probably wrong color or something. I just don't know. :0